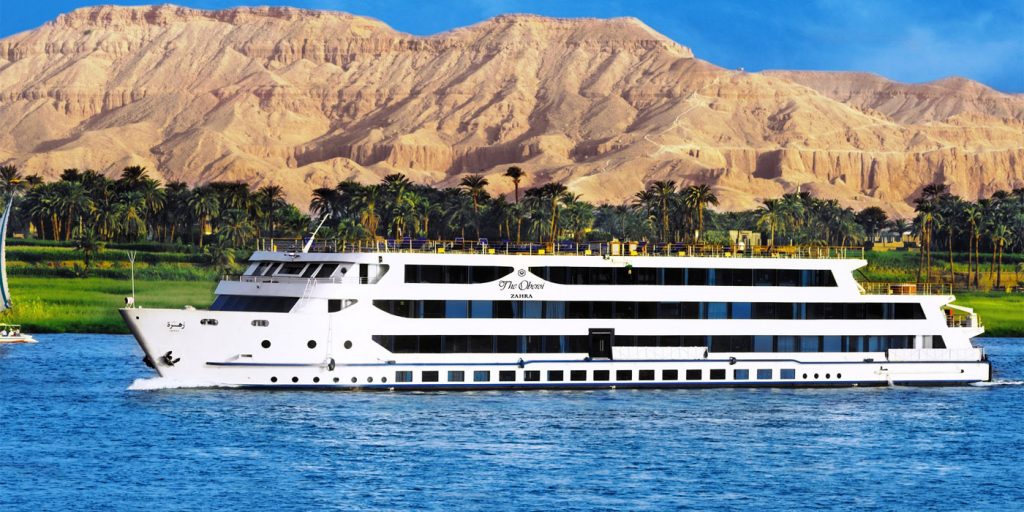 Mohamed Othman, Vice President of the Chamber of Tourism in Luxor, confirmed that the city&#39;s hotels are working with utmost speed to prepare to receive tourism and reconcile its conditions before the start of the winter season, as so far 14 fixed hotels and five tourist restaurants have obtained a health safety certificate approved by the Ministry of Tourism and Antiquities and Health to restart. Othman pointed out that the floating hotels are awaiting the decision of the Ministry of Tourism and Antiquities to open the application for them to reconcile their conditions and obtain health certificates, as most of them prepared to implement the precautionary measures that were put in place by the Council of Ministers. He pointed out that Luxor suffers severely from the stopping of the tourist movement, as 70% of the people of the governorate work in various tourism activities. Therefore, Luxor must return to the international tourism map after assessing the health status. He noted that a committee has been formed under his chairmanship that will provide all the expenses required for marketing and promotion, hosting tourist groups, producing promotional films for the return of tourism to Luxor and Aswan, and cultural tourism in general. Mohamed Othman, Vice President of the Chamber of Tourism Companies in Luxor said that the temples have opened their doors and are ready to receive tourists, praising the efforts of the Ministry of Tourism and Antiquities in the sterilization of comprehensive archaeological sites, as well as the renovations that took place in the Karnak Temple, pointing out that the Rams road is nearing completion with a length of 2.5 km. It links Karnak temples and Luxor Temple, stressing the importance of a grand ceremonial establishment during the opening. Egypt has resumed the tourist movement coming to it on the first of July, in only three governorates, which are South Sinai, the Red Sea and Marsa Matrouh, and the Ministry of Tourism and Antiquities confirmed that since the resumption of the tourist movement, the cities of Sharm El Sheikh and Hurghada received 48 flights from multiple countries, including flights from Ukraine Belarus, Switzerland and Hungary. 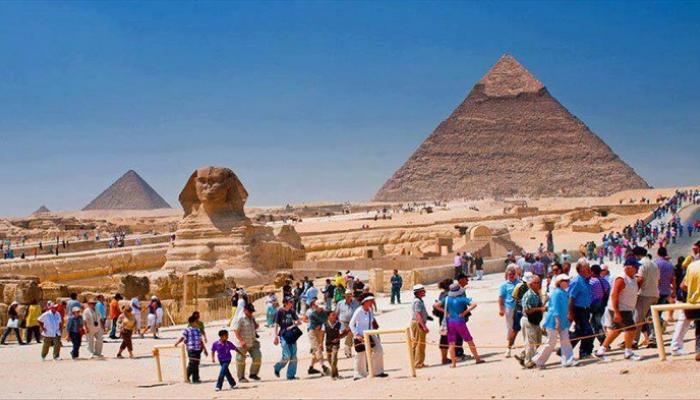 Tourism Minister: 19 trips have arrived in Belarus from Belarus since the resumption of the tourist movement

After the end of his official visit to Ukraine, Dr. Khaled Al-Anani, Minister of Tourism and Antiquities, headed to the Belarusian capital, Minsk, to hold a number of official meetings and meetings in order to continue the official visit that he started on Wednesday, at the head of an Egyptian tourist delegation that includes the President of the Egyptian Federation of Tourist Rooms Chamber of Tourism Companies, President of the Red Sea Investors Association, President of South Sinai Investors Association, and Ambassador Majed Musleh, supervisor of the Central Department for International and Public Relations at the Ministry of Tourism and Antiquities. The Minister started his official meetings today with the meeting of Sergei Kovalchuk, Belarusian Minister of Sports and Tourism, which lasted for more than an hour, during which they discussed ways to enhance cooperation between the two countries in the field of the tourism sector. The meeting was attended by members of the Egyptian delegation accompanying the Minister of Tourism and Antiquities, and from the Belarusian side a number of representatives of the various sectors of the relevant country, such as aviation, hotels, tourism and transportation. Sergei Kovalchuk, Belarusian Minister of Sports and Tourism, thanked Dr. Khaled Al-Anani for this visit, as it is the first visit of an Egyptian Minister of Tourism to Belarus. The Belarusian minister spoke about the close friendship between the two countries on the political, cultural and tourism levels, pointing to his country&#39;s desire to further consolidate ties in the field of tourism at the highest level. He pointed out the love and passion of the Belarusians in Egypt, especially the cities of Hurghada and Sharm El-Sheikh, as Egypt is the first destination chosen by the Belarusians as a first tourist destination, stressing that about 400 thousand Belarusians visited Egypt in 2019, pointing to the hospitality and good reception that Egyptians have. For his part, Dr. Khaled Al-Anani thanked the Belarusian Minister, inviting him to visit Egypt with a delegation from Belarus, especially since the last time he visited Egypt was 8 years ago. The Minister of Tourism and Antiquities stressed that the bilateral relations between Egypt and Belarus are distinct in the field of tourism, especially since Egypt and Belarus have unique tourism components, stressing that tourism has a major role in promoting rapprochement between peoples and increasing cultural and social communication between them, indicating his keenness to have representation of the Federation and the rooms Tourism within the Egyptian delegation, so that it will be an opportunity to get to know their counterparts in Belarus and that cooperation will be fruitful and continuous. He also reviewed the approach and policy adopted by Egypt for the return of tourism, as it gradually started with the return of domestic tourism with a occupancy rate of 25% of the hotel capacity during the month of May, then this percentage was increased to 50% during last June, and as of July 1, foreign tourism has resumed Arriving to Egypt in three coastal tourist governorates, they are the Red Sea and South Sinai and Matrouh as a first stage, where these governorates have a small population density and almost zero non-existent injury rates. He pointed out that the arrival of Belarusian tourists to Egypt in the first 48 hours of the resumption of the incoming tourist movement to Egypt, reflects the credibility of Egypt in front of the world and the confidence of the Belarusian authorities in the precautionary and preventive measures and requirements taken by Egypt, and it also confirms the Belarusians keenness to visit the Egyptian beaches and tourist destinations. And arrived in the cities of Sharm el-Sheikh and Hurghada from the state of Belarus since the resumption of tourist traffic arriving to them 19 flights, including 10 trips to Sharm El-Sheikh, and 9 trips to Hurghada. The minister emphasized that all the tourist trips that arrived in Egypt and returned to their country after the end of their tourist trips without a single injury throughout their stay in Egypt, indicating that this is a goal that Egypt seeks as tourists enjoy their tourism programs in Egypt and leave safely to their country. It is worth noting that Dr. Khaled Al-Anani, Minister of Tourism and Antiquities, had met in mid-June last year, through the application of Zoom, with the Minister of Sports and Tourism in Belarus, to discuss strengthening ways of cooperation in the field of tourism. 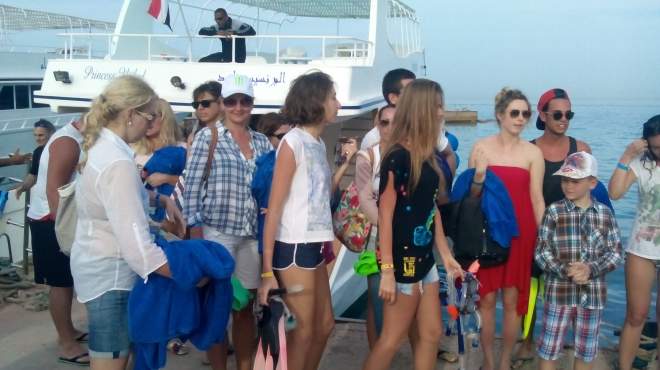 At the end of his visit to Ukraine, which included holding several important formal and professional meetings with the Ukrainian side, yesterday evening, Dr. Khaled Al-Anani, Minister of Tourism and Antiquities, held a press conference, attended by representatives of the most important Ukrainian news agencies, newspapers, magazines and TV channels, to review the most important developments in the tourism sector in Egypt, especially In light of the resumption of the incoming tourism movement to Egypt, as of July 1. During the conference, Dr. Khaled Al-Anani responded to all the media inquiries and inquiries about the resumption of the tourist movement coming to Egypt from abroad, and about the precautionary measures and health safety controls taken by Egypt to resume the tourist movement to ensure the health safety of tourists and workers in the sector. The Minister indicated his keenness to visit Hurghada and Sharm El-Sheikh and to meet tourists present on the beaches and in hotels, including Ukrainian tourists, to check on them about the extent of commitment to the application of preventive measures of spacing and other health safety controls, as tourists emphasized that Egypt with its warm atmosphere, open places and established controls provide a healthy climate Ideal for their excursions, which made them enjoy wonderful times in Egypt in safety. The attendees expressed their happiness that the Ukrainian government placed Egypt in the Green Zone, which makes the tourists who come from it do not need a mandatory quarantine in Ukraine after their return from Egypt. In this regard, Dr. Khaled Al-Anani welcomed this decision, which will of course contribute to increasing the movement of Ukrainian tourists to Egypt. . In a related context, Dr. Khaled Al-Anani held individual media meetings, including meetings with Ukraine 24, Choice, Stopcor, and Chamber media channels, during which the minister spoke about the positive indicators of the return of the incoming tourism movement to Egypt, pointing to the arrival of 41 flights from Ukraine to The governorates of South Sinai and the Red Sea, including 27 flights to Sharm El Sheikh, and 14 flights to Hurghada, since the resumption of the tourist traffic coming to them as of July 1. The Minister reviewed some of the various tourist attractions in Egypt, pointing in his speech to the Ministry&#39;s work on an antiquities museum in Hurghada, which is the first antiquities museum in the Red Sea Governorate, which contributes to linking cultural tourism with recreational and beach tourism, just like the Sharm El Sheikh Museum, which will open soon. In addition to highlighting the tremendous potential of Egypt and its diversity and richness in its tourism products, which attract all segments and satisfy all tastes of tourists. The Minister highlighted the incentives and discounts offered by Egypt to encourage companies and tour operators to organize trips to Egyptian tourist governorates. During these meetings, Dr. Khaled Al-Anani invited the Ukrainian people to visit Egypt and enjoy its unique tourism and archeological components. The visit of the Minister of Tourism and Antiquities to Ukraine has received my attention and extensive media coverage in all Ukrainian media. These means have also highlighted the official and professional meetings that the Minister conducted during the visit. It is worth noting that today, Dr. Khaled Al-Anani, Minister of Tourism and Antiquities, is scheduled to fly to the Belarusian capital, Minsk, at the head of a tourist delegation.

Contact us at the Constration office nearest to you or submit a business inquiry online.
Contact US